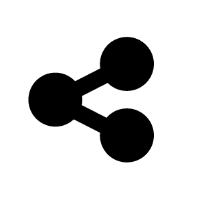 The document below is in the following format:

The platform includes the following components:

Smart WP module forms the core of the mangOH platform . It incorporates a telecom core that will provide 2G to 4G connectivity as well as a GNSS connection.  It also has an application core with multiple interfaces like SPI,I2C,SDIO, HSIC, UART, USB. These interfaces allows developers to connect Wireless, Wired and sensor technologies. The present gen WP application core has a cortex A5 at 550MHz and 2Gb NAND and 1Gb RAM reserved for application development

mangOH allows you to use existing open hardware Arduino compatible shields.  There is an Arduino compatible connector that allows any Arduino shields to be plugged on top of the mangoh.There is an onboard ATMega32u4 chipset directly talking to the WP module.We have a prebuilt legato bridge application allowing seamless connection between the Arduino shield and WP module. We have a two way data exchange between the Arduino shield and anyother application connected to the mangoh. We also provide a couple of additional APIs that allow you to push the data to the cloud. For the Hackathon, the Arduino Legato app (called Arduino Bridge) talks to the ATmega chipset and takes care of the bringing data from arduino sensors into the WP module 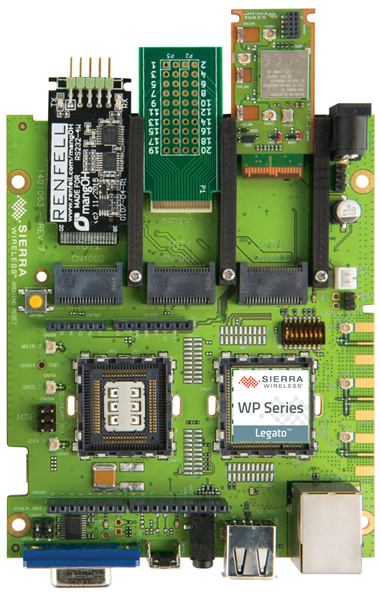 There are essentially 3 parts to Legato.

We start with command-line tools that help you:

We then add an Eclipse-based IDE, which supports most of the features offered by the command-line tools, and adds graphical tools for

c. Air Vantage cloud platform: AirVantage lets you capture and exploit data from any device deployed in the field, opening many new possibilities for your business processes, service applications, and revenue streams.

More information on mangOH/Legato/AV can be found at:

Connectivity for the hackathon is provided by the following : 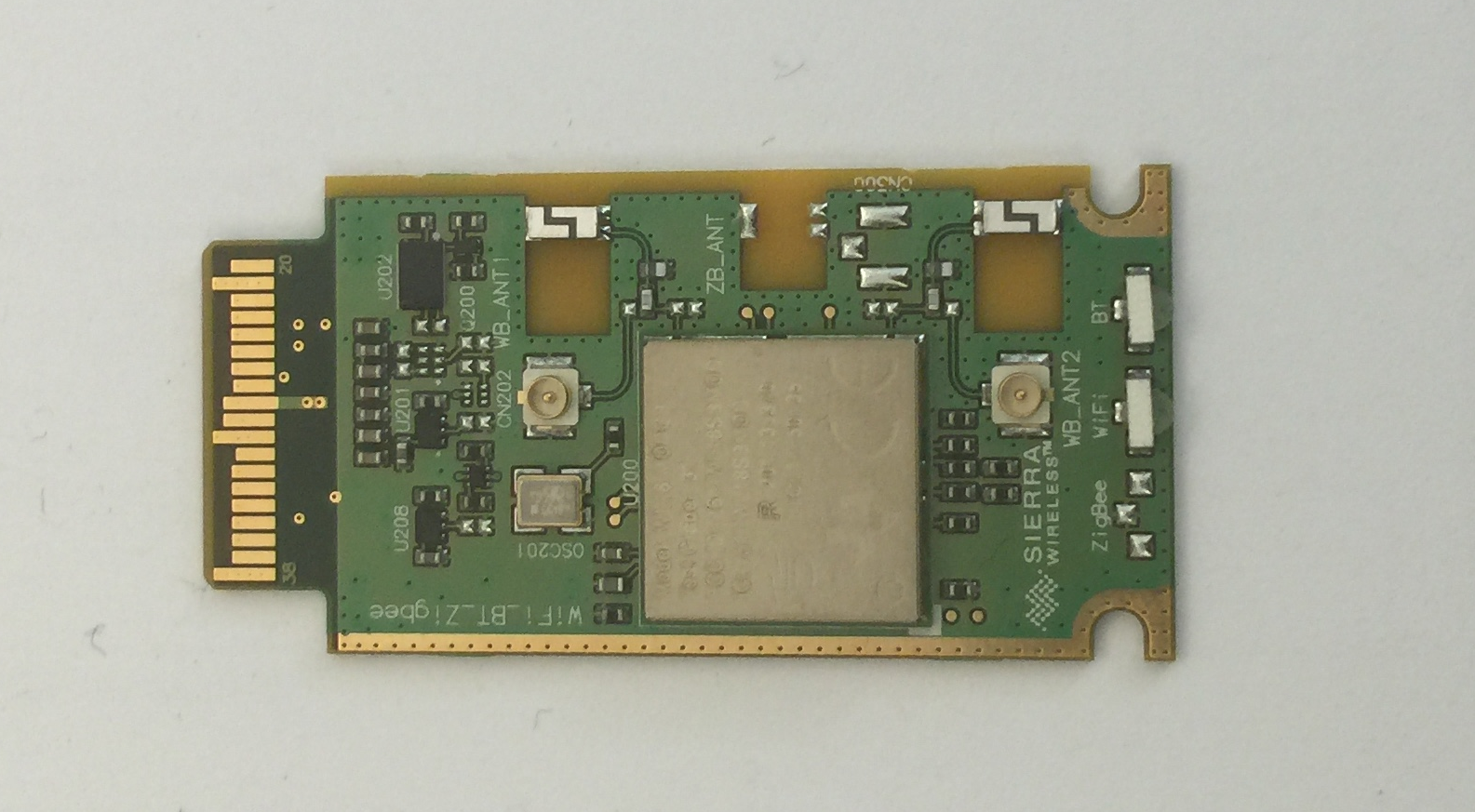 The APIs we will provide for building various IoT use cases include (but not limited to): 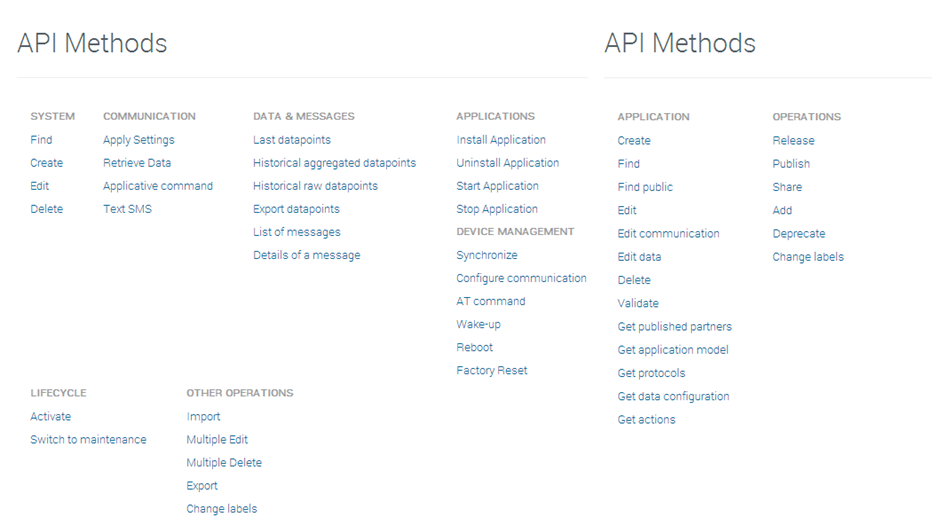 The IoT  application will take input from various Bluetooth or Grove Studio sensors and provide actuator functions as needed . Bluetooth data collection is done by on board Bluetooth IoT expander card.

The sensors kit for the hackathon includes the following sensors: 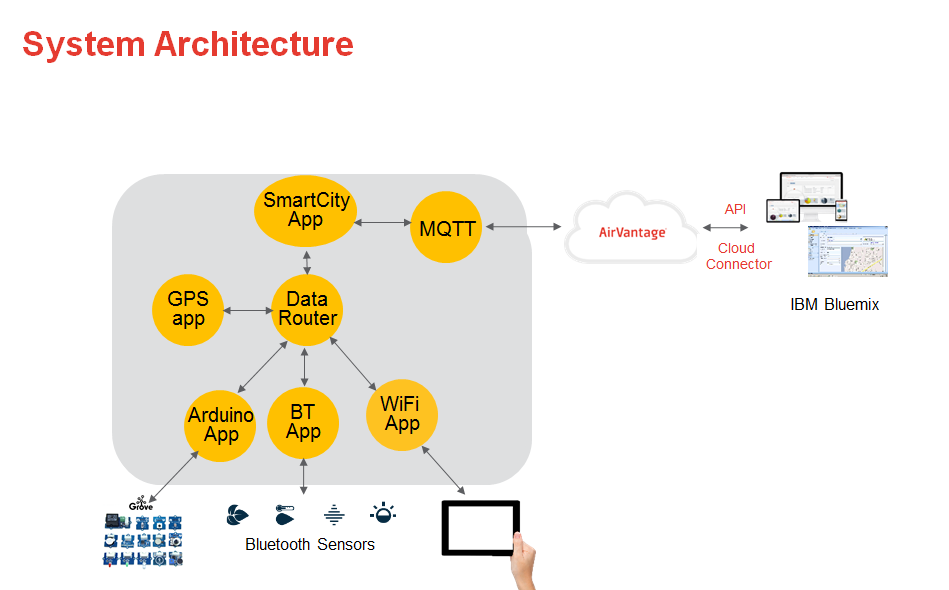 The platform architecture for the hackathon will involve the following applications :

Sensors used in Hackathon and potential use cases 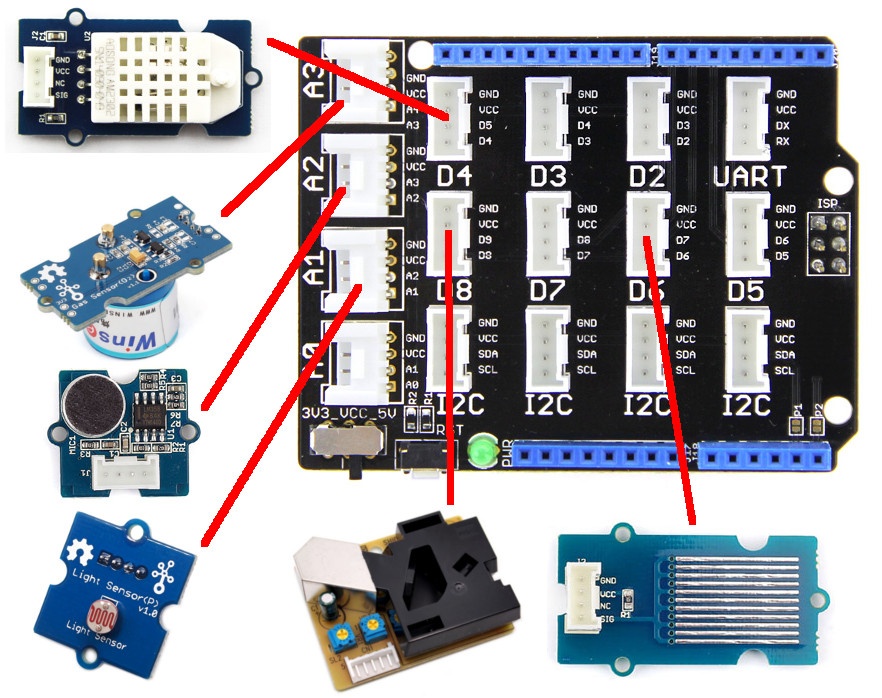 There is an incompatibility between NetworkManager in Ubuntu 16.04 and the ECM interface on the mangOH Green.  In order to bring up the interface, run the command sudo ifconfig enx1e1e131e3b4a up 192.168.2.3

Sierra will provide 16 completely assembled kits with the following:

Each individual mangOH platform will be preassembled for you:

Look for your unit name and if you want  to look at data follow section 5 of 4119370_mangOH Green Tutorial - Arduino to AirVantage_r1.pdf

In the system, in order to get data from mangOH you need to enter the following: 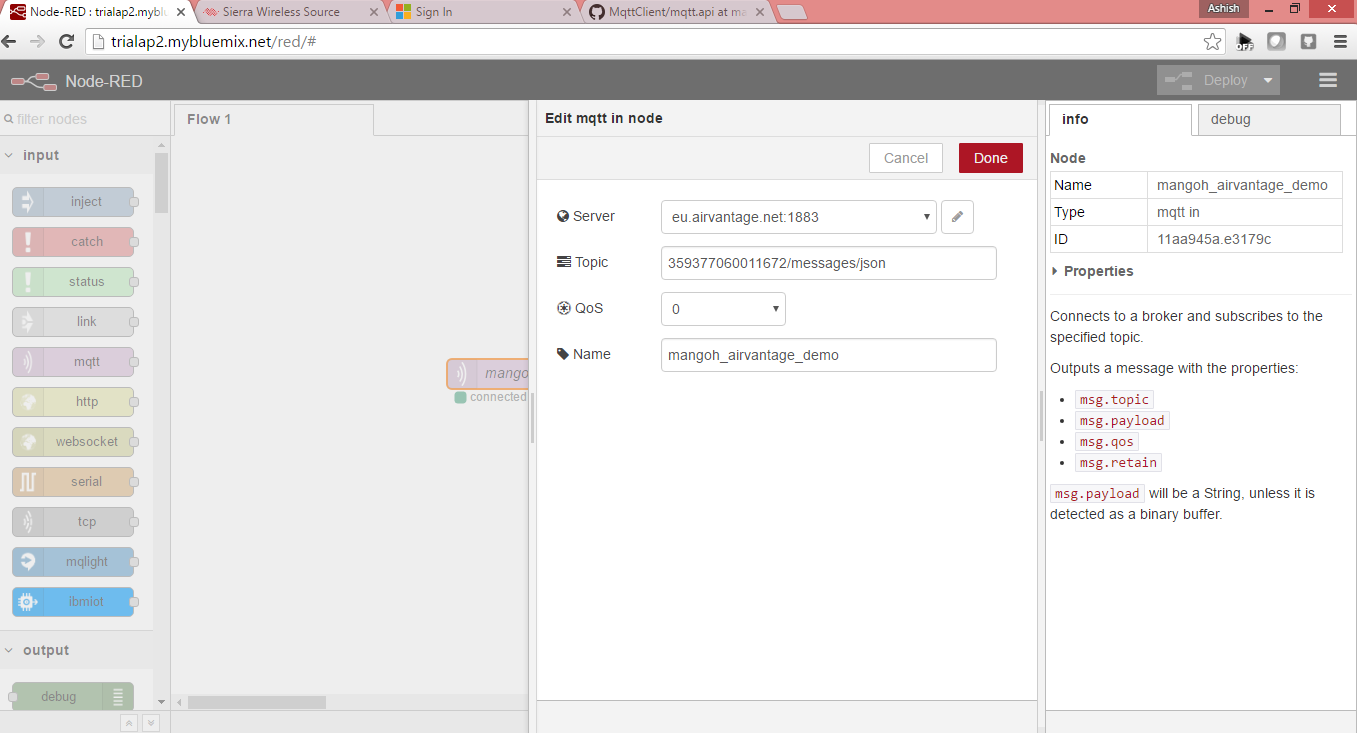 Match your input values for the following screen 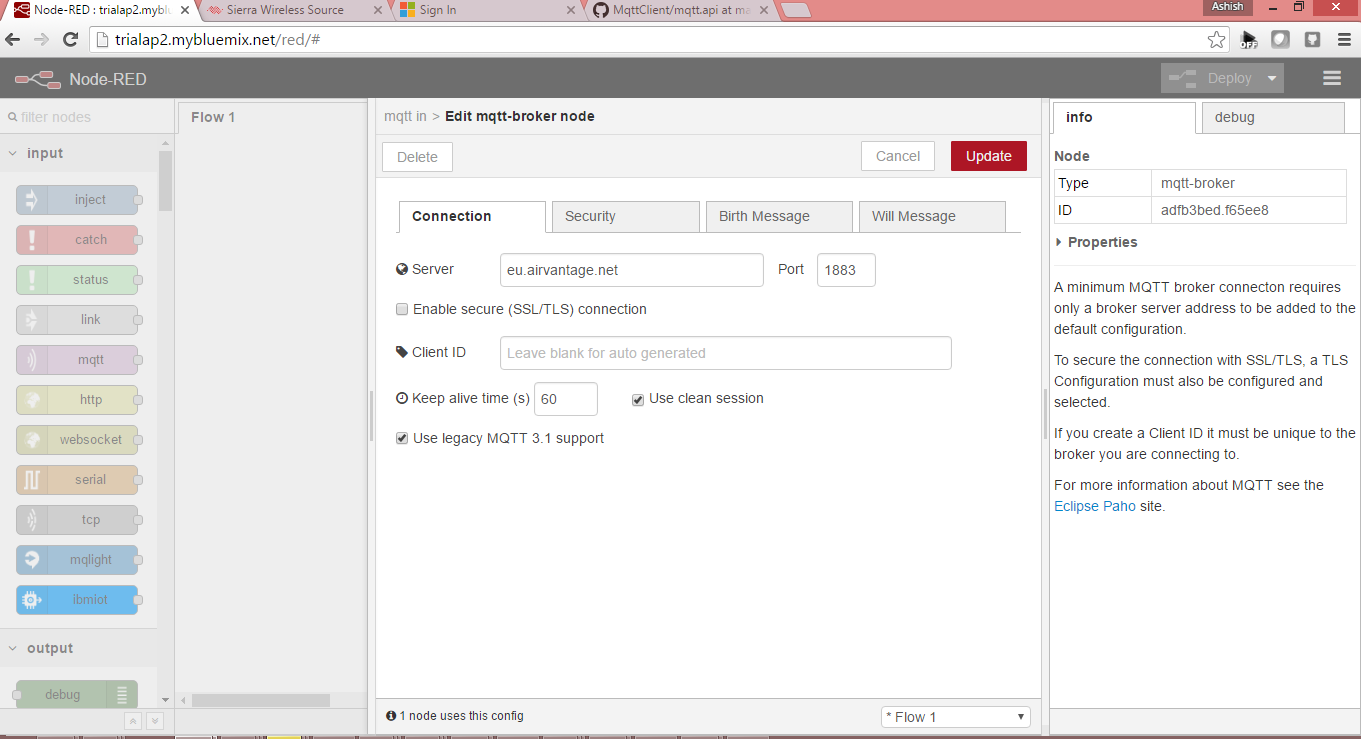 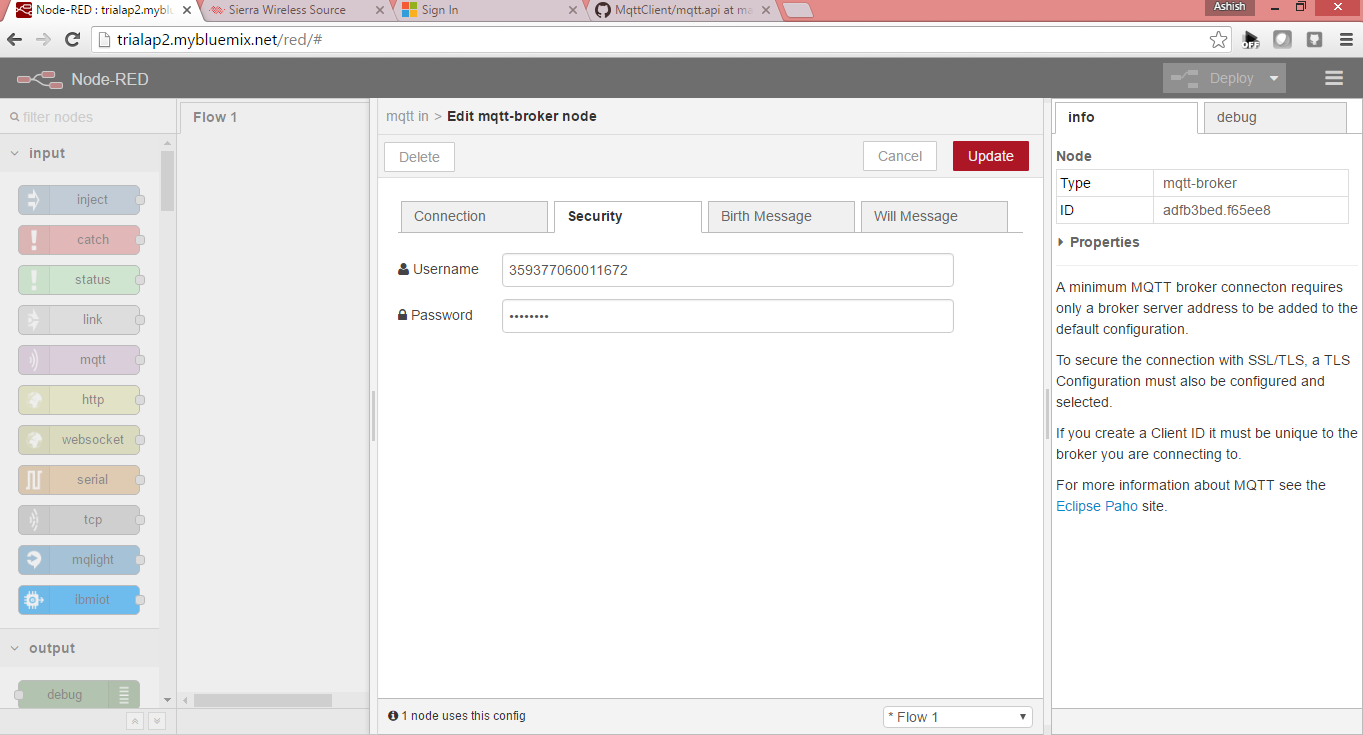 Some users have reported problems consuming the payload once it is in Node-RED.  The javascript below should help to avoid a couple of pitfalls.

For direct response to questions, please register on the forum at  mangoh.io ( http://forum.mangoh.io/)